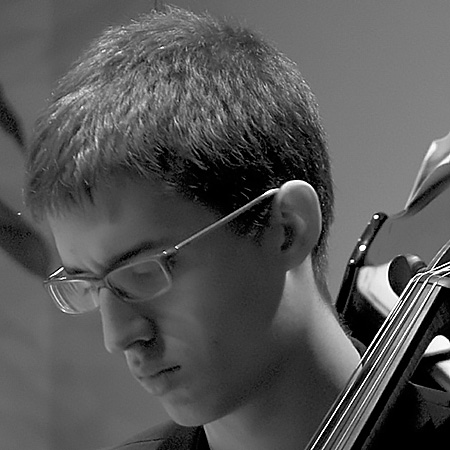 As a soloist, his future and recent commitments include appearances at concerts by Haydn, Beethoven (triple), Saint-Saëns, Schumann, Tchaikovsky, Schostakovich or Gulda.

It regularly offers recitals in the most important venues in Spain, and in countries such as Germany, the United States, Japan, France, Holland, Portugal, Serbia and Tunisia.

In 2011 he released his recording with pianist Luis del Valle, composed by sonatas by Brahms for cello and piano. He began his musical education with Arantza López and Ángel Luis Quintana, and from the age of 14 he studied at the Reina Sofía School of Music with Michal Dmochowski and Natalia Shakhovskaya, where he received the title of „Most Outstanding Student“ from His Majesty The Queen in 2008.

He completed his training with Eberhard Feltz and in the class of Jens Peter Maintz of the Universität der Künste in Berlin.

He is frequently invited to teach master classes of cello and chamber music both in Spain and abroad.

Since 2012 he is part of the teaching team of the Yellow Barn Festival (Vermont, United States), as a professor of cello and chamber music.

With 25 years he joined the staff of the Conservatory of Music of Aragon, as a professor of cello.