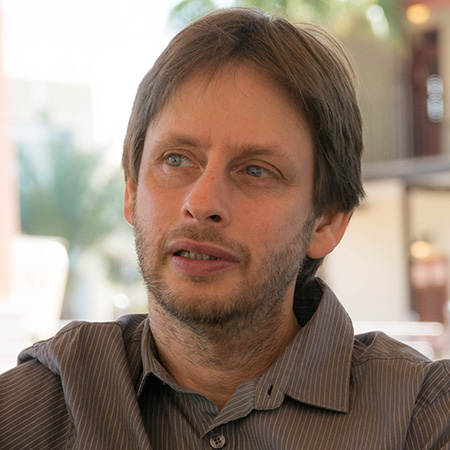 He has performed in major concert halls around the world such as the Avery Fisher Hall-Lincoln Center, the Gewandhaus in Leipzig, the Alte Oper in Frankfurt, the Albert Hall in London, the Thompson Hall in Toronto, the Berlin Philharmonie, Wigmore hall in London, the Concertgebouw in Amsterdam, and the Melbourne Symphony Hall in Australia.

He is invited regularly to take part in festivals such as Banff Canada, Insel Hombroich Festival in Germany, Dubrovnik Festival in Croatia and Kfar-Blum festival in Israel.

He is a Founder and a member of the Jerusalem Trio, which tours regularly in Europe, USA, South-America, Australia and the Far-East.

Besides his solo and chamber music career, he is a faculty member at the Jerusalem Academy of Music and Dance.

He plays a Violin on loan from the Raitman Tubert Collection, Mendoza, Argentina.